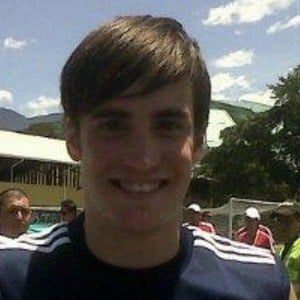 Argentine professional football player who is known for his work as a left back for the Ajax club. He is also known for having played on the Independiente club as well as the Argentina national team.

He started his career playing with the Banfield club in 2010. He was then loaned out to Murcia in 2012 and joined the Independiente club in 2015. He made his debut on the Argentina national team during the 2017 season.

He was born and raised in Buenos Aires, Argentina. He began dating influencer Caro Calvagni.

He shared a photo with fellow professional football player Sergio Ramos to his Instagram in December of 2018.

Nicolás Tagliafico Is A Member Of