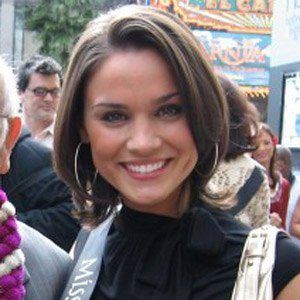 Best known as the winner of the 2005 Miss Pennsylvania beauty pageant and as a top ten finalist in the 2006 Miss America pageant, this beauty queen also had a career as a Philadelphia-based television news reporter.

While studying speech and communications at Millersville University of Pennsylvania, she worked as a news anchor for her college's radio station.

She and Philadelphia weather forecaster Carol Erickson appeared in a 2013 viral YouTube video in which they seemed to harshly critique each other while on-air.

She and television actress Jeri Ryan were both finalists in the Miss America pageant (in 2006 and 1990, respectively).

Nicole Brewer Is A Member Of