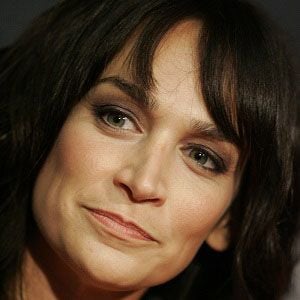 Australian actress best known for her roles as Franky Doyle in Wentworth and as Stella Dagostino in Ten's Rush. She also received acclaim for her Logie-nominated portrayal of EC Eulestra in the FOX8 series Dangerous.

Early in her career, she played the recurring role of Sasha Fernandez in the popular Australian drama series All Saints.

A stage performer as well as a television actress, she appeared in Australian theatrical productions of Kenneth Lonergan's This is Our Youth and Federico Garcia Lorca's Blood Wedding.

She is a native of Sydney, Australia.

She co-stars on Wentworth with Danielle Cormack.

Nicole Da Silva Is A Member Of