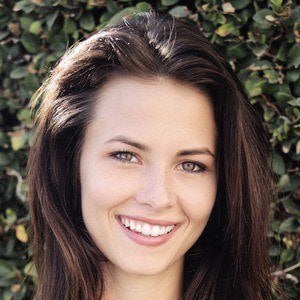 Actress who is known for her variety of work in both television, short films, and feature films. She is best known for her roles in the films Mother's Day and The SpongeBob Movie: Sponge Out of Water.

With an interest in acting at a young age, she took several classes until finally landing her first role in the 2010 television series Walk on Water. Since then, her work has continued to expand and increased her popularity.

In addition to her work as an actress, she has also performed stunt work. She is credited as a stuntwoman and body double for the 2017 film the Little Mermaid.

As a star in the 2017 film I Am That Man, she stars alongside Matthew Marsden, Brian Thompson, and Christine Lakin.

Nicolette Noble Is A Member Of