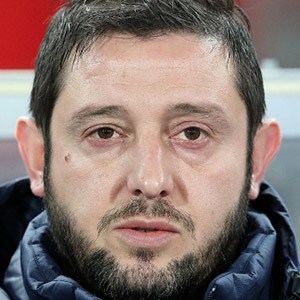 Former soccer forward who had his greatest success with the Turkish club Beşiktaş, with whom he played from 1997 to 2002. After his playing career, he coached Villarreal's youth squad and became an assistant coach for the Turkish national team.

He entered the Esenler youth system when he was 15 years old.

He was named Turkish Footballer of the Year in 2002.

He married Pınar Kaşgören, with whom he has a daughter named Selin.

He played with Hakan Sukur on the Turkish national team.

Nihat Kahveci Is A Member Of