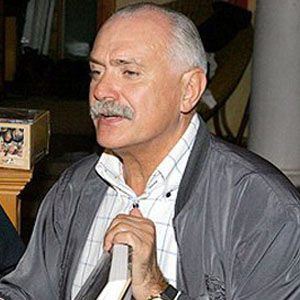 Director of internationally recognized films Urga and Dark Eyes who served as head of the jury at the 46th Berlin International Film Festival.

He studied acting at the Moscow Art Theater and appeared in the 1964 film I Step Through Moscow.

His 1992 film Urga was nominated for the Academy Award for Best Foreign Language Film.

His father Sergei Mikhalkov was a children's author.

He was an open supporter of Russian president Vladimir Putin.

Nikita Mikhalkov Is A Member Of