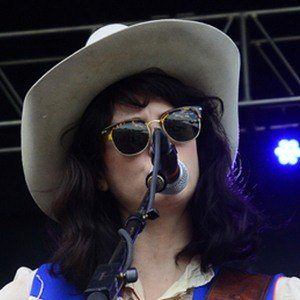 Country singer and guitarist whose third album, Highway Queen (2017), proved to be her breakout release. The record peaked at number two on the U.S. Top Heatseekers chart and spawned the successful singles "Jackpot" and "Highway Queen."

She grew up in Greenville, South Carolina and dropped out of high school. She worked as a fashion designer until 2006.

She founded her own clothing store called High Class Hillbilly.

She has dated one of her bandmates, Jonathan Tyler. She has a sister named Asheton.

Her album All or Nothin' was produced by Dan Auerbach of The Black Keys fame, who also sings on the track "Love's on Fire."

Nikki Lane Is A Member Of