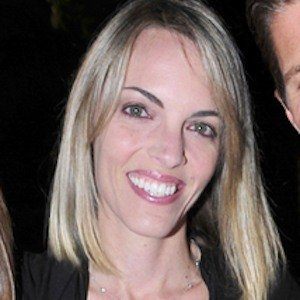 Talent agent, producer, reality star and LGBT advocate who is known for her work representing high-profile Hollywood clients. In 2010, she appeared on the Showtime reality TV series The Real L Word.

She attended Temple University, where she studied theater and film. She decided to pursue entertainment representation at age 21.

In 1993, she founded her representation company, Nikki Weiss & Co. In 2006, she won a GLAAD award for her appearance during the Wives Confess They Are Gay segment of The Oprah Winfrey Show.

She married her wife, Jill, on August 1st, 2013. The couple share two children, Adler and Grey.

Her company has represented Elizabeth Banks.

Nikki Weiss-Goldstein Is A Member Of