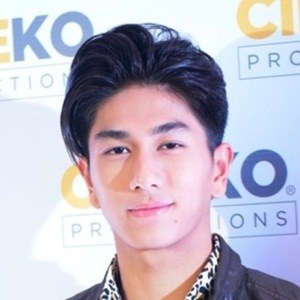 2014 grand prize winner of the It's Showtime series Gandang Lalaki Kuma who bested the competition thanks to his skill as a dancer. He would later join the dance crew Hashtags.

He was working as a waiter when he entered competition for Gandang Lalaki Kuma.

He is from Malolos City, Bulacan, Philippines.

He and Jimboy Martin have both danced as part of the crew Hashtags.

Nikko Natividad Is A Member Of