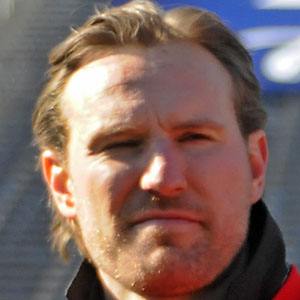 NHL defender known for his punishing checks. He won a Stanley Cup Championship with the Detroit Red Wings in 2008.

The term kronwallian became associated with hard hits in the NHL thanks to his play.

During the 2003-04 NHL lockout, he won the Eddie Shore Award as the AHL's top defenseman.

Niklas Kronwall Is A Member Of