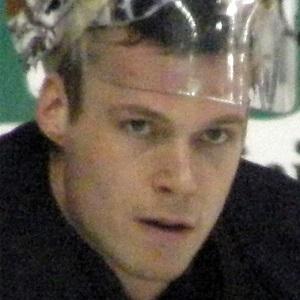 Finnish goaltender known for his butterfly style of goaltending who became the Nashville Predators starting goaltender during the 2008-09 season. He helped lead the Predators to the 2016-17 Stanley Cup Finals.

He played for the Karpat junior team from 2000-03. He was drafted by the Predators in the 2004 NHL Entry Draft.

He became the second Nashville Predators rookie to record a shutout and eventually set a franchise record with 22 shutouts.

He became engaged to The Voice of Finland contestant Kirsi Helena in April 2013, however it was called off in July of 2015.

He surpassed Tomas Vokoun's Predators franchise record of 8 consecutive wins with 11 of his own in the 2011-12 season.

Pekka Rinne Is A Member Of