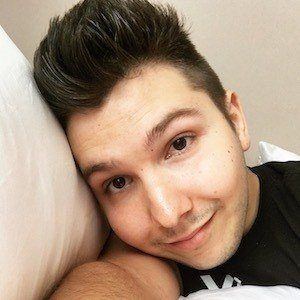 He signed up for YouTube in May 2014; but did not launch any videos until February 2016. In October 2016, he changed the theme of his channel to Mukbang Eating Shows."

In a shocking video revelation in late 2016, he vlogged about his denouncement of veganism claiming that it leads to mental health concerns. He continued his eating channel by eating large quantities of non-vegan items from the meat and dairy families. He has appeared in The Daily Mail multiple times.

He married Orlin Home, a fellow mukbang vlogger. Their Wedding Day Mukbang was filmed at Chick-Fil-A on April 10th, 2017. They lived in Colombia, South America for three years before moving to Florida.

He vlogged about going to Shake Shack with Jessica Vazquez.

Nikocado Avocado Is A Member Of