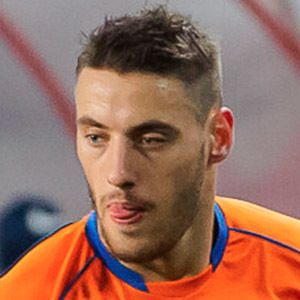 Attacking midfielder who has gained fame for his career playing for top tier clubs around the world, including for England's Premier League club Everton beginning in 2017. He was later transferred to Russian Premier League squad CSKA Moscow for the 2018-2019 season.

He played in Omladinac Vranjic's youth academy between 2006-2009. He later debuted professionally for Croatian squad Hajduk Split in 2014.

He made his debut for Croatia's national team in 2017. He assisted the game-winning goal against then-champions Real Madrid during the 2018-2019 UEFA Champions League with CSKA Moscow.

He has three siblings. His parents' names are Josko and Venera.

He and Igor Akinfeev have played as teammates for CSKA Moscow.

Nikola Vlasic Is A Member Of