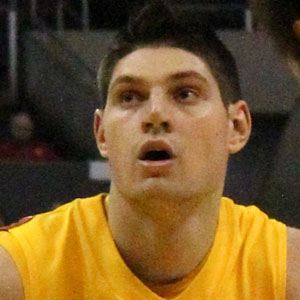 Swiss/Montenegrin forward who broke into the NBA with the Philadelphia 76ers in 2011; became the starting center for the Orlando Magic in 2012.

He played 3 years of college basketball at USC.

He played one year of high school basketball in the U.S.A., a dominant one for Stoneridge Prep in Simi Valley, California.

He began playing alongside point guard Jameer Nelson on the Orlando Magic in 2012.

Nikola Vucevic Is A Member Of