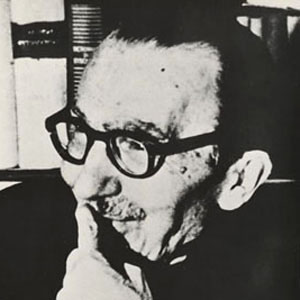 Greek author who wrote the philosophical novel, Zorba the Greek (1946), as well as the 1951 novel, The Last Temptation of Christ, which was later made into a film by Martin Scorsese. Kazantzakis' other literary works include The Greek Passion (1954), Freedom or Death (1956), and The Odyssey: A Modern Sequel (1953).

He published his first work, Serpent and Lily, in 1906. Four decades later, he became the leader of a Left-wing, non-Communist party and entered the Greek government as Minister without Portfolio.

In 1957, he lost the Nobel Prize for Literature, by one vote, to French absurdist writer, Albert Camus.

Nikos Kazantzakis Is A Member Of