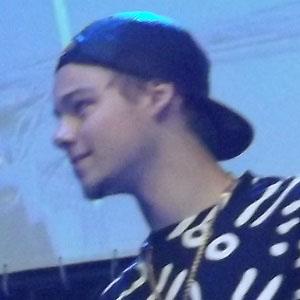 Born Thaddeus Tjarks and better known by his online pseudonym "Taddl," this German web video star is famous for both his Let's Play gaming videos and his music singles, including "Roadin" and "Mula." His LetsTaddl YouTube channel has earned over 1.3 million subscribers. He also runs another popular YouTube channel called Taddl.

He launched his first YouTube channel in late 2009 as part of an internet collaboration known as Meatcake TV.

His most popular YouTube videos include "HERO-KRIEG!: Minecraft Rap" and "WE ARE WATCHING YOU!"

He was born in Bürgerlich, Cologne, Germany. He frequently posts photos to Instagram of his dog Pipi.

He and Fraag Malas are both popular German YouTube personalities and recording artists.

Taddl Is A Member Of