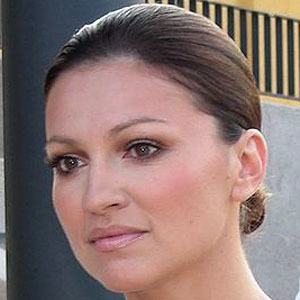 Singer who represented Croatia in the 2012 Eurovision Song Contest with the song "Nebo." She has over 370,000 followers on her badrich Instagram account.

She sang in the children's choir Zvjezdice from age nine to sixteen.

She competed in the Croatian song contest Dora four times. She came in second place in 2003 with "Čarobno jutro."

She performed at Bastian Schweinsteiger's wedding.

Nina Badric Is A Member Of