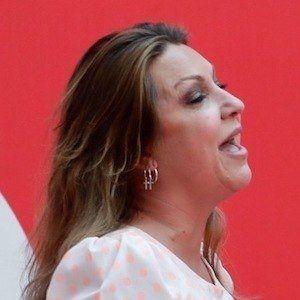 Spanish flamenco singer who gained fame in 1996 thanks to her first album "Entre dos puertos," which she released when she was just 16 years old. the album's single, "Tu me camelas" was a hit in Spain that summer.

She began her singing career at a young age when she won a flamenco singing contest in San Fernando, Spain.

Camaron De la Isla was one of her first musical mentors.

She sang a version of Ave Maria during Pope John Paul II's last trip to Spain in May 2003.

Nina Pastori Is A Member Of