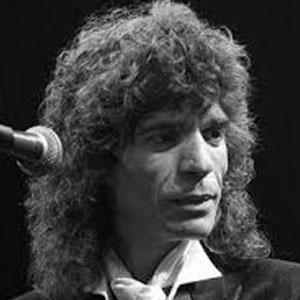 Flamenco singer known for his collaborations with Paco de Lucia and Tomatito.

He started singing at the age of eight at inns and bus stops to try to earn money.

He was awarded the Golden Key of Flamenco posthumously in 2000.

He married Dolores Montoya in 1976 and they raised four children.

He and Val Ramos are both known for their contributions to flamenco music.

Camarón de la Isla Is A Member Of