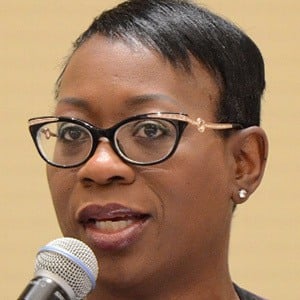 American politician who rose through the ranks and became an Ohio State Senator from 2008-14. She was named national co-chair of Bernie Sanders' 2020 presidential campaign and has served as the president of the progressive organization Our Revolution.

She earned her master's degree from Cleveland State University.

From 2006-08, she was a member of the Cleveland City Councillor.

She and her husband Jeffrey have a son named Jeffrey Jr. Her parents had 6 other children.

Green Party nominee Jill Stein asked her to be her vice presidential running mate in 2016 but she declined.

Nina Turner Is A Member Of