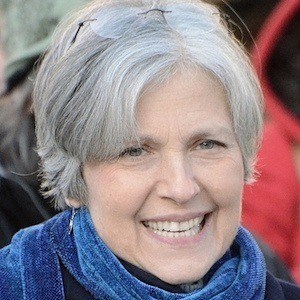 American politician and physician who became the Green Party's presidential nominee in 2012 and 2016. She is known for her progressive liberal stances on a variety of issues, including renewable energy, military spending and healthcare reform.

She received 469,501 votes in the 2012 presidential election, the most for any female candidate in American history to that point.

She married fellow physician Richard Rohrer. She has children named Ben and Noah.

She and Ralph Nader are both notable Green Party presidential candidates.

Jill Stein Is A Member Of