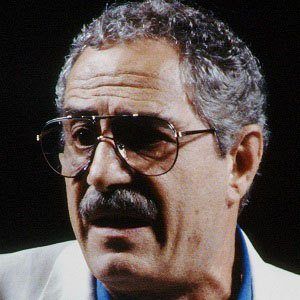 Notable for his work in the 20th-century Commedia all'Italiana film genre, he is particularly remembered for writing, directing, and starring in the multi-award-winning 1971 movie Between Miracles. His numerous other screen acting credits include performances in Nell'anno del Signore (1969), Bread and Chocolate (1973), and Cafe Express (1980).

Before making his professional stage debut in the late 1940s, he earned a law degree and trained as an actor at Italy's National Academy of Dramatic Art.

In the early 1970s, he starred in a Italian miniseries version of The Adventures of Pinocchio.

His five-decade marriage to model Erminia Ferrari resulted in a son named Luca and daughters named Giovanna and Roberta.

He starred as Antonio in the Ettore Scola-directed film We All Loved Each Other So Much (1974).

Nino Manfredi Is A Member Of