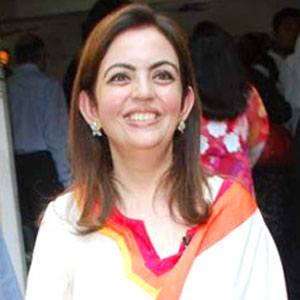 She earned degrees in teaching, interior design, and commerce.

She was named the 2012 Corporate Citizen of the Year by the All Indian Management Association.

She had three children, Isha, Anant, and Akash, with her husband Mukesh Ambani.

She used her wealth and influence to become an active philanthropist, much like Janet Brewster.

Nita Ambani Is A Member Of