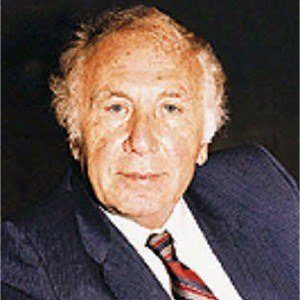 Syrian poet and diplomat known for 100 Love Letters, Poems Against the Law, and other works. He published more than thirty books of poetry over the course of his career; many of his poems were translated into English.

He wrote his first poetry collection, The Brunette Told Me, while in college. He shocked society by filling the piece with sexual references to the female body.

His sister killed herself to avoid marriage to a man she didn't love. This event led a fifteen-year-old Qabbani to speak out against society's treatment of women.

He married and had two children with his cousin Zahra Aqbiq. Following her death, he wed an Iraqi teacher named Balqis al-Rawi who was later killed in an embassy bombing.

He and Ali Said were both Syrian poets.

Nizar Qabbani Is A Member Of