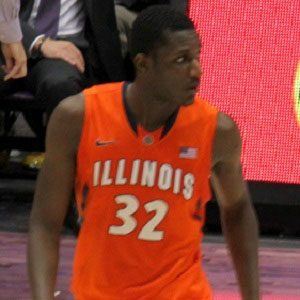 Basketball player who joined the University of Illinois Fighting Illini in 2011. He was previously a First-Team All-State selection at Saint Ignatius High School.

He averaged 16 points, 10 rebounds and 5 blocks during his senior year at Saint Ignatius.

He received the Kenny Battle Leadership Award during his junior year at the University of Illinois.

He has a twin sister named Nnenna.

Nnanna Egwu Is A Member Of