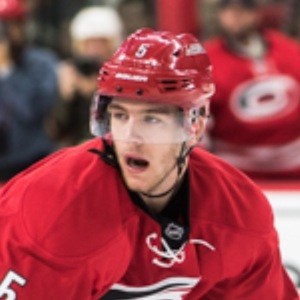 Defender who was selected fifth overall by the Carolina Hurricanes in the 2015 NHL Draft class after spending just one season at Boston College.

He was a standout high school player at Saint Sebastian's School and he joined Boston College as the second youngest player in the school's history at 17 years of age.

He helped the U.S. win first place at the 2014 World Junior U-18 Championship.

He was born to Bob and Tina Hanifin and raised with a brother named Cole and a sister named Lily.

Noah Hanifin Is A Member Of