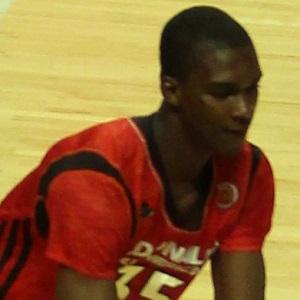 Power forward who was selected ninth overall in the 2014 NBA Draft by the Charlotte Hornets, then traded to the Portland Trail Blazers in 2015. He was the 2014 Big Ten Freshman of the Year with the Indiana Hoosiers and was also named All-Big Ten Third Team during his only NCAA basketball season.

He was named a McDonald's All-American and a five-star recruit coming out of high school.

He turned down offers to play at powerhouse schools such as Kansas, North Carolina, UCLA, and Ohio State.

He was born in Haverhill, Massachusetts to Renell Kumeh and Samuel Vonleh.

He played his college ball under head coach Tom Crean.

Noah Vonleh Is A Member Of