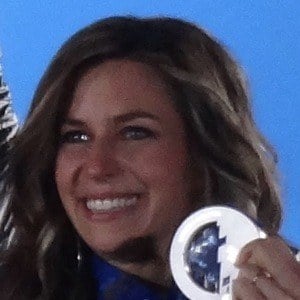 Skeleton racer who won a silver medal at the 2014 Winter Olympics in Sochi.

She married Janson Pace - who designs many of her sleds - in 2002, and has two children with him.

When she won the 2013 mixed team World Championship, she was teammates with Lolo Jones.

Noelle Pikus-pace Is A Member Of