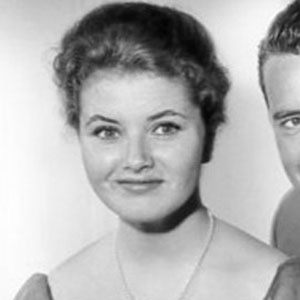 Actress who co-starred with John Forsythe in the late 1950s and early 1960s sitcom Bachelor Father. She was also in the 1953 film Young Bess.

She moved from Massachusetts to Santa Monica, California when she was four years old.

She performed professionally with the Lewitzky Dance Company for over a decade.

She was born in Quincy, Massachusetts to Bill Corcoran, Sr. and Kathleen McKenney, and she grew up with seven siblings, many of whom also pursued careers in acting.

She received the part of Kelly in Bachelor Father after then-actor (and future U.S. President) Ronald Reagan viewed her 1957 screen test for the role.

Noreen Corcoran Is A Member Of