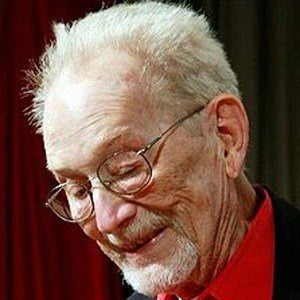 Cartoonist best known for writing the Clifford the Big Red Dog series. He also authored the The Witch Next Door and A Tiny Family.

He attended the prestigious and competitive Cooper Union school in lower Manhattan.

His books have been copied and distributed nearly 130 million times.

He married Norma Bridwell and the couple had a daughter named Emily and a son named Tim.

He collaborated with his wife Norma Bridwell, as she was an inspiration in creating the concept for Clifford.

Norman Bridwell Is A Member Of