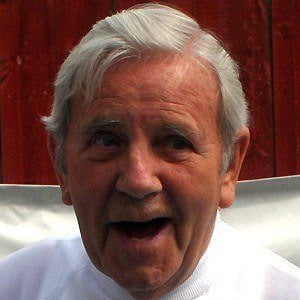 English actor who gained fame for the Norman Pitkin series of comedy films he made between 1953 and 1966. Later in his career, he appeared in Last of the Summer Wine and Coronation Street.

He worked in a communications centre for the British Army during World War II.

He won a BAFTA Award for Most Promising Newcomer in Film for his 1953 comedy, Trouble In Store.

Charlie Chaplin once called him his favorite clown.

Norman Wisdom Is A Member Of