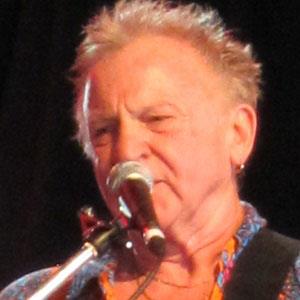 Also known for his role as Doug Morrell on the Australian soap opera Sons and Daughters, he is most famous for his pop music career, during which he recorded the hit 1960s singles "Que Sera Sera" / "Shakin' All Over," "Tell Him I'm Not Home," "The Breaking Point," and "Pride & Joy."

After beginning his entertainment career on the Australian television programs The Go!! Show and Teen Scene, he released his debut single, a hit cover version of the Gershwin standard "It Ain't Necessarily So."

At the height of his fame, he interrupted his music career to serve in Vietnam.

His two marriages resulted in a total of two daughters and one son. Tragically, his son, Adam John Rowe, died at the age of eight after being involved in an automobile and bicycle collision.

Normie Rowe Is A Member Of