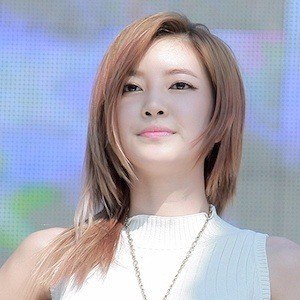 K-pop star who found great success with singles like "Yasisi," "Fluttered Feelings" and "What Do You Know" and hosted the food show K-pop Tasty Road. In 2017, she signed with VAST Entertainment to pursue an acting career.

She moved to San Fernando Valley, California as a child and eventually graduated from UCLA.

She starred in the music videos for Verbal Jint's "You Look Good" and Leessang's "Tears."

She performed with Adam Lambert in Ho Chi Minh City in 2013.

NS Yoon-G Is A Member Of