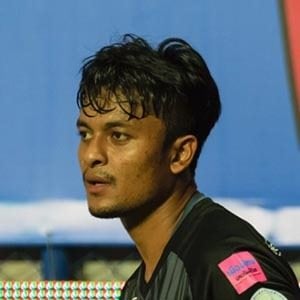 Left wing striker who has gained fame playing in the Thai Ligue 1 with Port FC. He contributed heavily to the team's Ligue 1 third place finish in 2018.

He began playing youth academy soccer in 2004 with Assumption College Sriracha. He later transferred to Chonburi FC, with whom he debuted professionally in 2010.

He helped the Thailand U-23 squad win the 2015 Southeast Asian Games. He made his senior national team debut for Thailand in 2014.

He was originally born and raised in Phatthalung Province, Thailand.

He and Teerasil Dangda have earned caps together for Thailand's national team.

Nurul Sriyankem Is A Member Of