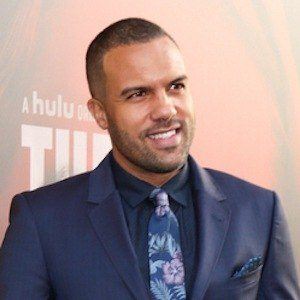 Actor who is most famous for roles like that of Luke Bankole in the award-winning Hulu drama The Handmaid's Tale. Additionally, he is a highly-respected theater actor who has won praise for his performances in productions like Six Degrees of Separation.

He moved to Spain as a child and and grew up playing the alto saxophone. He received his acting training at the Royal Academy of Dramatic Arts.

His father was a Nigerian journalist. He is the older brother of producer Luti Fagbenle and music video director Daps.

He appeared alongside Elisabeth Moss in The Handmaid's Tale.

O-T Fagbenle Is A Member Of