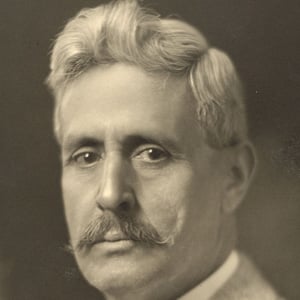 Republican politician who was the Governor of New Mexico from 1919 to 1921. He was notably the first US Senator of Mexican-American heritage to be elected to that office.

He moved from Mexico to Arizona when he was 11 and studied theology at the St. Michael's College at Santa Fe, New Mexico Territory.

He served as a US senator for only 6 months, serving the remainder of Senator Andrieus A. Jones' term after he died in office in 1928.

He was raised in a devoutly religious household.

His senatorship paved the way for Latino Senators like Marco Rubio.

Octaviano Ambrosio Larrazolo Is A Member Of