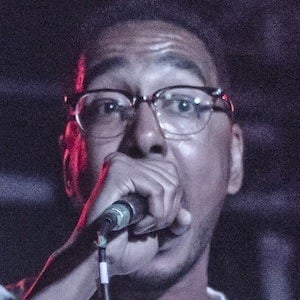 Rapper, producer and member of the music trio Diamond District. He is known for such popular mixtapes as Odd Spring, which was listed on Washington Post's Best Local Hip-Hop Mixtapes of 2010 and Rock Creek Park, which was named Mixtape of the Week by Stereogum.

He was born Amir Mohamed el Khalifa. He was part of the Red Bull Music Academy in Melbourne in 2013.

He MC'd for music producer Flying Lotus. He also works as an artist and consultant with the independent record label Mello Music Group.

He was born in Largo, Maryland to his Sudanese father and African American mother and considers his parents' heritages as one of his greatest influences. He moved to Washington D.C. after high school.

He got his start as an MC producer out of the basement studio of legendary guitarist Garry Shider.

ODDISEE Is A Member Of