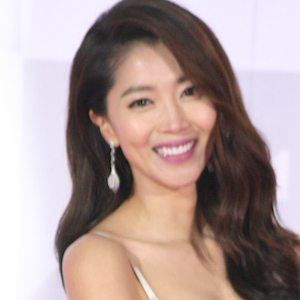 Actress who has become a household name in South Korea with her roles on popular shows like Old Miss Diary, Alone in Love and Incarnation of Money. She has also served as a reporter for the MBC entertainment news show Section TV.

He got her start as a "racing model" at various sporting events. She was crowned the winner of the first Cyber Race Queen Contest in 2000.

Her performance on Alone in Love earned her Best Supporting Actress honors at the 2006 SBS Drama Awards.

She was married to advertising executive Song Hoon, with whom she has a son, from 2007 through 2015.

She was cast alongside Jang Seo-hee on the family drama series Band of Sisters.

Oh Yoon-ah Is A Member Of