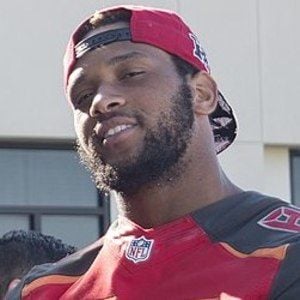 Tight end who helped the University of Alabama win an NCAA title in 2016. He was selected 19th overall in the 2017 NFL Draft by the Tampa Bay Buccaneers.

During his high school years at Autauga Academy, he made Scout.com and Rivals.com's five-star recruit lists.

He was named Offensive MVP of the 2016 College Football Playoff National Championship after catching 5 passes for 208 yards and 2 touchdowns.

He spent his youth in Prattville, Alabama, and relocated to Tuscaloosa, Alabama for college.

He was teammates with quarterback Blake Sims at Alabama from 2013 to 2014.

OJ Howard Is A Member Of