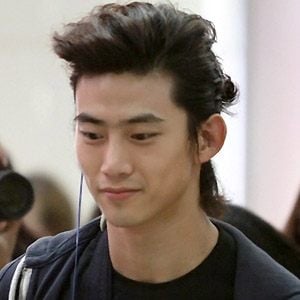 Best known as a rapper with an all-male South Korean music group called 2PM, he also had a career as an actor, eventually starring in a Korean series called Dream High.

He became famous for including with his autographs unusual drawings of cats. These designs, named "Okcats" by his fans, spawned a clothing line featuring the unique drawings.

Though born in Seoul, South Korea, he spent his teenage years and a portion of his later childhood in Massachusetts, U.S.A.

He was a featured vocalist in a 2009 Baek Ji-young track titled "My Ear's Candy."

Ok Taecyeon Is A Member Of