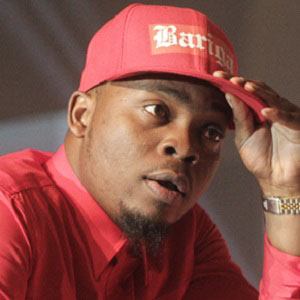 Known for such Yoruba language hip hop recordings as the albums YBNL and Baddest Guy Ever Liveth and the singles "Ilefo Illuminati" and "Yemi My Lover," this successful rapper established the YBNL Nation record label and received several Headies Awards and Nigeria Entertainment Awards.

Before recording his first album, Rapsodi, he studied communications at the Tai Solarin University of Education in Ogun State, Nigeria.

He joined YouTube in late 2013 and, by early 2015, had close to 15,000 subscribers and almost five million individual views.

Born Olamide Adedeji, he grew up in Bariga, Lagos State, Nigeria. He had a son named Batifeori Maximilliano 2015.

Olamide Is A Member Of