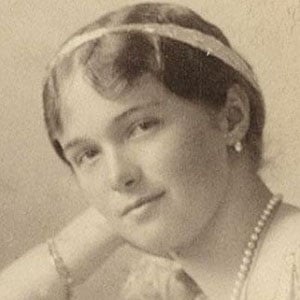 Oldest daughter of Russian Czar Nicholas II and his wife Empress Alexandra. She was tragically killed along with her parents and siblings in the aftermath of the Russian Revolution of 1917.

During her teenage years, she fell in love with soldiers Dmitri Chakh-Bagov and Pavel Voronov, but her love remained unrequited because of the difference in rank between her and the objects of her affection.

She was the great-granddaughter and goddaughter of England's Queen Victoria.

Born Olga Nikolaevna Romanova, she grew up with younger siblings named Alexei, Maria, Tatiana, and Anastasia. In the decades following the assassination of the Romanov family, many people claimed to be Olga's sister Anastasia; however, the bodies of most members of the royal family were eventually located and all identity claims by living people proven false.

The mystic Grigori Rasputin was a significant and controversial presence in Olga's life and in the lives of her family members.

Olga Nikolaevna Is A Member Of