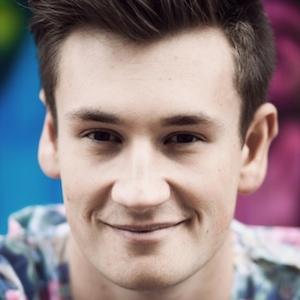 British YouTuber known for his quirky comedy videos on his self-titled YouTube channel which has accumulated over 2.7 million subscribers.

When he was in school, he played competitive badminton all across the county. He first joined the YouTube world in August of 2012, with the first video created on his page titled "Fresh Start!"

Two of his most popular videos are titled "Salt and Ice Challenge" and "10 Things Guys Like About Girls."

He was born in England and raised with a younger brother named James White, who has appeared in a number of his videos. He began dating his girlfriend Evie Marcer in 2017.

Oli White Is A Member Of