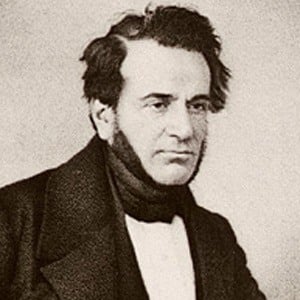 Banker, mathematician, and social reformer, who developed Rodrigues' formula, a formula for the Legendre polynomials.

He earned a doctorate in mathematics from the University of Paris in 1815.

His work on transformation groups led to the discovery of quaternions; however, his contributions to mathematics were not recognized until the late 20th century.

He was born Benjamin Olinde Rodrigues; he was of upper-class Sephardi Jewish stock, living in Bordeaux.

He was an adherent to Comte de Saint-Simon's socialist philosophy, which had a profound influence on Karl Marx.

Olinde Rodrigues Is A Member Of