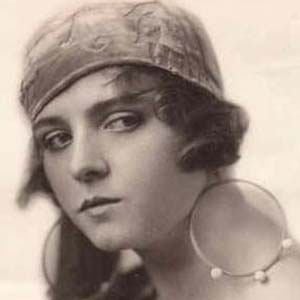 American silent film actress and model who played the role of Toton in the 1919 film Toton the Apache. She appeared in over twenty silent films during her short, four year acting career.

She worked as a clerk at Kaufmann's department store in Pittsburgh and later won the title of "The Most Beautiful Girl in New York City" in a 1914 contest.

She died of acute nephritis due to accidental poisoning after she ingested mercury bichloride in Paris.

She was married twice. Her second husband was actor Jack Pickford.

Olive Thomas Is A Member Of