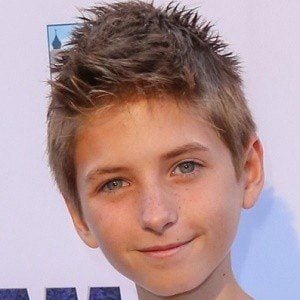 Perhaps best known for his role as John in the show Salem, he was cast in the highly anticipated HBO series Westworld and was featured as a guest in ABC's Once Upon a Time and TNT's The Magicians.

He was featured in a commercial for Automoblox in 2011. He began training in theater a year prior and took ballet and jazz lessons in 2011 and 2012.

He booked a part in the 2014 feature film Some Kind of Beautiful.

He was born in Florida to mother Sarah Bell. He and his sister Tallulah Bell are of Scottish/English descent.

He was cast alongside Xander Berkeley in the WGN show Salem.

Oliver Bell Is A Member Of