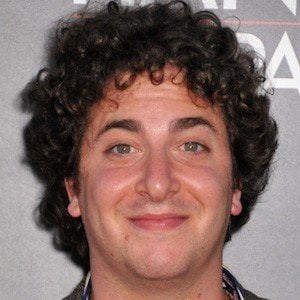 Actor on the Amazon Prime series Red Oaks. He is also known for his roles as Costa in the film Project X and as Levon in the TV series Californication.

He began performing standup comedy in Toledo when he was 17 years old. He attended Arizona State University for a year before dropping out to pursue acting in Los Angeles.

He was nominated for two MTV Video Music Awards for his role in Project X.

He grew up in Sylvania Township, Ohio, and his parents are named Wendy and Mike. He has a brother and a sister.

He co-starred with Thomas Mann in Project X.

Oliver Cooper Is A Member Of