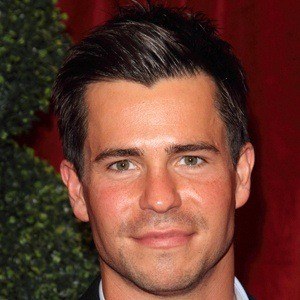 British actor who is widely known for his recurring role as Dr. Matt Carter on the popular soap opera Coronation Street. He appeared regularly between 2010 and 2013.

He graduated from the Webber Douglas Academy of Dramatic Art in 2005. He began his career in performance participating in a wide variety of plays.

In 2006, he appeared in three episodes as Detective Monroe on the popular British soap Hollyoaks: In the City.

He has one older sister. In November 2014, he became engaged to British model Rhian Sugden.

In January 2014, he was linked romantically to Coronation Street star Kym Marsh.

Oliver Mellor Is A Member Of