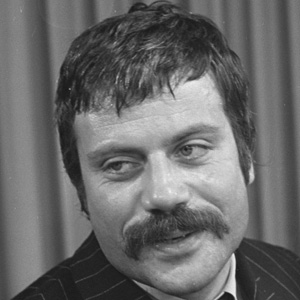 English actor who posthumously earned a BAFTA Best Supporting Actor nomination for his role in the 2000 film, Gladiator. He gained additional fame for Lion of the Desert and Hannibal Brooks.

He served in the Royal Army Medical Corps in the early 1950s.

He is best known for his film roles in the 1975 film, Tommy and the 1973 film, The Three Musketeers.

He married his second wife, Josephine Burge, in 1985 after ending his ten-year marriage to Kate Byrne.

He had a supporting role opposite Mark Lester in the 1968 classic film adaption of Oliver!

Oliver Reed Is A Member Of