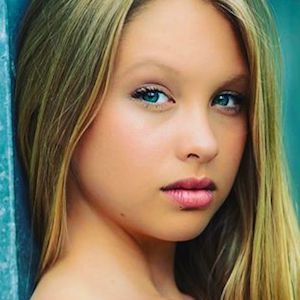 Best known for her role as Tamara on the mockumentary-style series Little Lunch, she also landed the part of Raffy on Home and Away.

She was just three years old when she was featured in the film You and Your Stupid Mate. She then booked a part in the 2006 film Five Moments of Infidelity.

She attended ballet and jazz classes and earned accolades as well as solos in the school's concerts. She modeled for the fashion line Tahlia in 2014.

Her grandparents are actor Reg Gorman and actress Judith Roberts. Her mother is Kate Gorman from Neighbours.

As an adolescent, she was featured in the Nathan Phillips-starring film You and Your Stupid Mate.

Olivia Deeble Is A Member Of